The 2019 Made in Scotland Programme has now launched, showcasing World Class Theatre, Dance & Music from Scotland.

Fiona Hyslop, Cabinet Secretary for Culture, Tourism and External Affairs, today announced the companies, ensembles and artists selected for the 11th year of Made in Scotland – the curated showcase of music, theatre and dance performed during the Edinburgh Festival Fringe.

Through funding from the Scottish Government’s Expo Fund, Made in Scotland is a partnership between the Edinburgh Festival Fringe Society, Creative Scotland, the Federation of Scottish Theatre and the Scottish Music Centre. A total of £550,000 has been received from the Expo Fund which has enabled Made in Scotland to present 22 artists, companies and ensembles this year including six world premieres. Approximately £100,000 of this funding goes towards onward touring to enable artists and organisations to take up future opportunities with contacts made with industry professionals during the Festival Fringe.

Made in Scotland goes from strength to strength each year, winning many plaudits and accolades along the way for the quality of the work being presented on stage. The showcase is widely recognised as one that not only celebrates the wealth of work being made in Scotland but enables Scottish-based artists and companies to act as ambassadors to worldwide audiences.

2019 sees the inaugural Made in Scotland Festival in Brussels, which will see six dance, theatre and music performances being performed in Belgium in June.

Since its inception in 2009, Made in Scotland has supported over 150 companies, ensembles and artists to to deliver over 200 shows at the Fringe. The onward touring fund has enabled 91 productions to tour across six continents, visiting 42 countries.

Playwrights’ Studio Scotland returns with TalkFest 2019 to provoke discussion around what stimulates the artists behind this year’s Made in Scotland showcase and the wider Edinburgh Festivals and Fringe. These workshops and discussions are led and chaired by some of our leading playwrights and theatre-makers and this year includes Mara Menzies, Oliver Emanuel, David Greig, Douglas Maxwell, Jenny Lindsay, Nicola McCartney and Dritan Kastrati.

Fiona Hyslop, Cabinet Secretary for Culture, Tourism and External Affairs said:
“The Scottish Government Expo Fund is targeting and promoting home grown talent from Scotland to showcase at the Edinburgh Fringe, helping them develop their careers with support to secure onward international touring opportunities.” She added: “This is the 11th year of the Made in Scotland showcase with 22 shows supported in this year’s programme, backed by £550,000 from the Scottish Government’s annual Expo Fund. The breadth and depth of home grown talent participating in the programme represents a roll call of gifted Scottish-based performers. It provides artists with an international platform that will enhance Scotland’s reputation as the UK’s most cultural nation, a finding highlighted in a recent British Council survey.”

Shona McCarthy, Chief Executive, Edinburgh Festival Fringe Society said:
“The 2019 Made in Scotland Showcase once again highlights the brilliant and compelling work that artists and companies are creating here in Scotland today. This year sees 22 productions, including six world premieres, with a diverse range of stories and themes explored across theatre, dance and music. The Edinburgh Festival Fringe Society is proud to work alongside our partners at Creative Scotland, Federation of Scottish Theatre and the Scottish Music Centre to present this work in a global arena.The Edinburgh Fringe is the world’s biggest annual exhibition of contemporary performing arts and an exceptional international platform for Scottish work to be seen, appreciated and selected for touring by arts industry from around the world. The Scottish Government’s Expo fund makes Made in Scotland and its Onward Touring Fund possible and provides crucial support for Scottish artists to avail of this unique platform. It is an exciting development to see the inaugural Made in Scotland Festival kick off in Brussels this June.”

Laura Mackenzie-Stuart, Head of Theatre, Creative Scotland said:
“This year’s showcase embraces creative inspiration from the very local to global continuing Made in Scotland’s important role as a calling card for international theatre, dance and music peers, programmers and audiences. The range of themes and partnerships reveal an appetite amongst Scotland’s artists to lead on and contribute to contemporary story-telling in distinctive and varied performative forms regardless of creed or borders. Thanks to the Scottish Government’s Expo Fund, their work is ideally placed to grasp the astounding opportunity which the Edinburgh Festival Fringe offers every August.”

Jude Henderson, Director, Federation of Scottish Theatre said:
“This vital investment by the Scottish Government supports the selected artists and producers to engage effectively with key figures at one of the top international industry events. It also helps to create and support international touring opportunities for our members, enabling our industry to develop new partnerships and expand into new markets. FST is delighted to continue working with our partners on this important project.”

Gill Maxwell, Executive Director, Scottish Music Centre said:
“Working in partnership with the Edinburgh Festival Fringe Society, Creative Scotland and the Federation of Scottish Theatre, the Scottish Music Centre is delighted that this year’s 11th edition of Made in Scotland will present nine world-class music shows. Highlighting the quality and diversity of Scotland’s composers, songwriters, musicians and artists, this impressive programme presents new Scottish music from across all genres: from electric and acoustic multi-artist showcases to solo instrumentalists, contemporary classical and jazz ensembles to new twists on folk music and ingenious specially crafted music-making for children, this year’s wide-ranging line-up offers something for every music lover.”

For more info on Made in Scotland, please download the full press release.

RT @jesusthequeen : This @edfringe . We can't perform. But we can still bless. Join Queen Jesus this August, every Sunday and Wednesday at 1…

RT @thenightwith : One year ago today we launched our 2019 season as part of @MadeinScotShows in @StillsEdinburgh and @ScotStoryCentre You c… 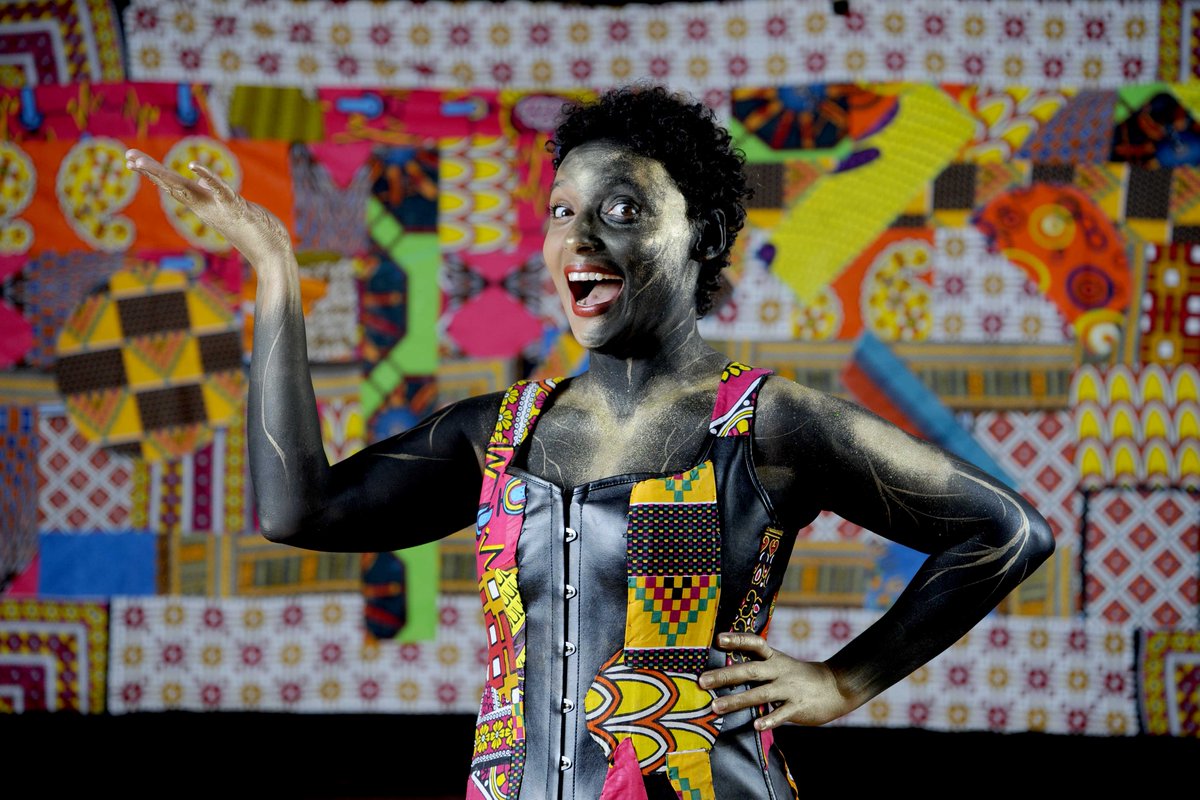